I was brought up in the Northeast U.S. where I learned as a young boy of seven that harsh winters and thirty foot snowdrifts can be made fun if you intend them to be. I traveled much as a young lad and found that you could learn as much on a farm as in a city. Early on I decided I wanted to be a Philosopher but that goal was always invalidated as too flighty and impractical. As I grew up it puzzled me why people acted in irrational and mis-emotional ways. After completing the traditional forms of education I traveled and decided life may answer questions for me. 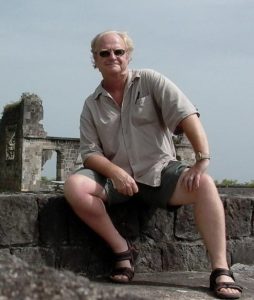 I traveled in high and low circles; from factory workers to college professors and computer analysts and from motorcycle clubs to musicians and high tension linemen I looked and learned. While learning the ropes I even learned to tie a few good knots. Since the Vietnam war was going on at the time I decided to join the Air Force and see the world. Leaving my Harley behind I joined at the ripe age of nineteen. I only spent four years in the service but in that time I had interesting duty. I was in an airborne radar squadron and had temporary duty in many parts of the world. 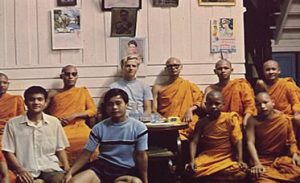 I served in Japan, Korea, Thailand, Vietnam and touched downed in many other parts of Asia. I did temporary duty on select crews to give the then President Nixon extra radar surveillance on certain occasions. I was in Asia twice, the first tour took quite a toll on me. The second time I spent longer in Asia than the first time; but I came through it much better, the war didn’t bother me like before. Vietnam was not a joy ride but using the principles that I had learned in some Religions and philosophy including the ancient Greeks, the Veda, Buddhism, Christianity and Scientology and even coming up with my own brand of  philosophy they all helped get me through it.
I observed there were workable techniques that could make life better and more livable even under difficult and  rough times. When I returned to the states I got some counseling regarding my Asia tour and it was probably the best investment I have ever made. In that small block of counseling I handled the upsets and rough times of that period of my life, I’ve never had a second thought about it ever since. Life goes well for me, I attribute the ease of life and my natural happiness from applying the data I’ve learned in my studies.

After decades as a highly trained and respected Minister in the Church of Scientology, based on my own observations, integrity  and what  I was taught to be standard  in earlier years,  I could no longer consent  or follow with  a clean conscience the incrementally, increasingly enforced  alterations, arbitraries and obsessive control by current church management. I have seen some amazing miracles with standard application of this technology. With my judgment and discernment and experience I can handle any case from the  bottom to the highest operating spirit levels. In tradition and respect for  L. Ron Hubbard’s work  I  intend to carry on to the best of my understanding and wisdom and care.

I would be happy to answer any questions you may have regarding what I can do for you. As a Class VIII counselor I frequently travel the U.S. and world giving standard counseling wherever I go. Your questions about life and why people act the way they do can be answered. If you would like me to help you take your next step feel free to contact me. I will do my best to serve.